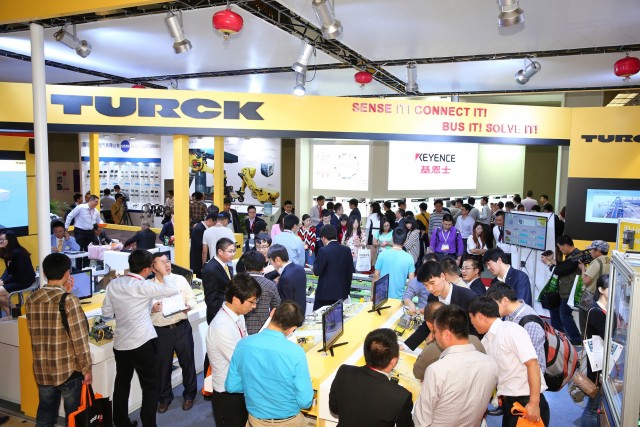 As the most influential industrial automation event in Northern China, Industrial Automation BEIJING 2015 (IA BEIJING 2015) comes to a successful close at Beijing Exhibition Center on May 15, 2015. This year’s show attracts over 200 leading companies worldwide to showcase the intelligent beauty of modern industry under 4 themed sectors including sensor and connector, motion control, industrial robot and intelligent manufacturing within a display area of 20,000 square meters. The number of trade visitors hit 15,806 in the three days of exhibition, up 5% percent compared with the prior year.

China Engineering Science and Technology Forum – 2015 International Intelligent Manufacturing Conference, held on the first day of the show, has built a benchmark event noted for its high profile, high standard and high platform. Mr. Lu Yongxiang, academician of Chinese Academy of Sciences delivered a speech for the conference. Government officials of China and Germany, academicians of the Chinese Academy of Sciences and Chinese Academy of Engineering, and CEOs including Mr. Miao Wei, Minister of MIIT and Dr. Wolfgang Scheremet, Director-General for Industrial Policy, Federal Ministry for Economic Affairs and Energy, Germany all made their presence at the conference and visited the show afterwards.

In recent years, Industry 4.0 has swept the globe, leading the fourth industrial revolution with “intelligent manufacturing” and “industrial integration”. In this year’s show, most enterprises have made full use of the integrity of the domestic industry chain and gradually achieved the transition from product display to solution display, bringing an intelligent manufacturing solution show.

In the aftermath of steady market demand for industrial robots and the increasing industry scale, IA BEIJING 2015 set up robots display area at the core zone, attracting well-known companies like YSR, MINGSEAL, DUT computer control and SMD to share the limelight, exhibiting unprecedented show of technological competition and industrial innovation.

In addition, intelligent manufacturing sector made its debut at IA BEIJING 2015. Phoenix, the torchbearer of the industry, dazzled the crowd with its 100-sqm stand alongside solutions and products of Industry 4.0. German national delegation also brought leading technologies and products that match with Deutsch industry prowess and fame, demonstrating in the form of “physical product + onsite” the development trend of smart factory in the future to the audience.

China Engineering Science and Technology Forum – 2015 International Intelligent Manufacturing Conference, co-organized by China and Germany was held successfully during IA BEIJING. The largest and most prominent meeting in the industry for the first time simultaneously introduced dual concepts of “Industry 4.0” and “Made in China 2025,” inviting many government officials of China and Germany, academicians of the Chinese Academy of Sciences and Chinese Academy of Engineering, and CEOs to discuss the two topics that have captured global attention, with the aim of forging a benchmark forum in China that leads industry development trend and release latest policy orientation.

Besides, multiple industry-user-oriented forums, exchange meetings and technical seminars such as the 3rd Industrial Robot-Automation Application Conference 2015 and 2015 Analysis and Communication Conference of the Trend of Sensing Technology were also held to draw the development outline for China’s IA sector. 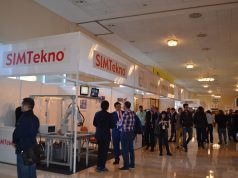 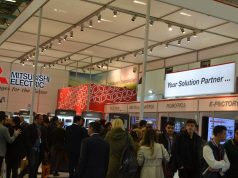 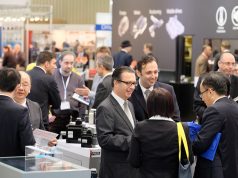