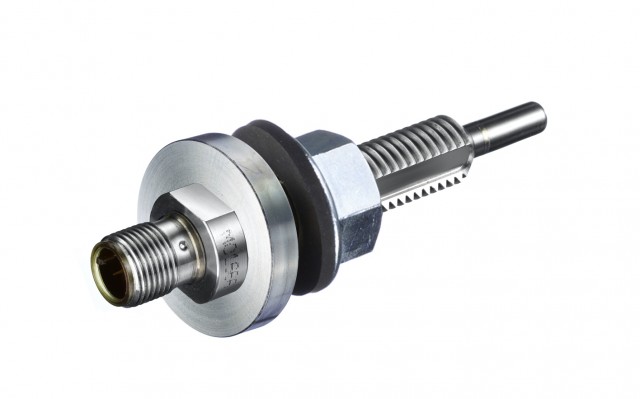 The temperature sensors made of stainless steel 1.4305 of type TS-SNA/SNK-PT100 from Stauff are designed to determine and monitor the media temperature in hydraulic reservoirs. They cover a measuring range from -40 °C to +150 °C. They are installed either instead of the lower banjo bolt of level gauges from the SNA, SNK and SNKK series or integrated directly into the outer wall of the reservoir using a suitable adapter set.

Thanks to the platinum measuring element PT100 used (in line with EN 60751, class A), the media temperature can be recorded significantly faster, more precisely and without the usual hysteresis (of up to 20 °C) compared to conventional bimetallic temperature switches.

This allows immediate reaction to temperature fluctuations in the container which can be communicated – e.g. to an external oil cooler – via the electrical connection of the sensor which is designed as a 4-pin round plug connector M12 with gold plated contacts (A-coded, in line with IEC 61076-2-101). The amount of heat to be regulated in the tank is reduced and cooler performance and running time as well as the energy used are also clearly reduced. This results in less heat ageing of the hydraulic medium which may extend maintenance and replacement intervals under certain circumstances. It also has a positive effect on the durability of seals. 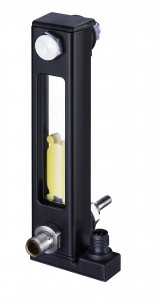 Typical areas of application include hydraulic applications which usually require the compensation of high temperature fluctuations to ensure proper operation of the systems and where there is a demand for optimising energy efficiency.

As an accessory to the temperature sensor TS-SNA/SNK-PT100, Stauff offers a corresponding display and evaluation unit for visual monitoring which displays the current system temperature in °C or °F and generates output signals according to adjustable presets. A simple signal converter for converting the measuring signal [Ohm] into the analogue output signal [4 – 20 mA] is also available.

The simple installation process makes the TS-SNA/SNK-PT100 suitable for original equipment as well as for retrofitting during normal maintenance intervals or downtimes of your hydraulic systems. 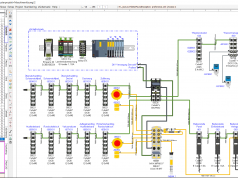 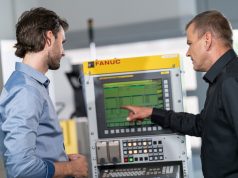