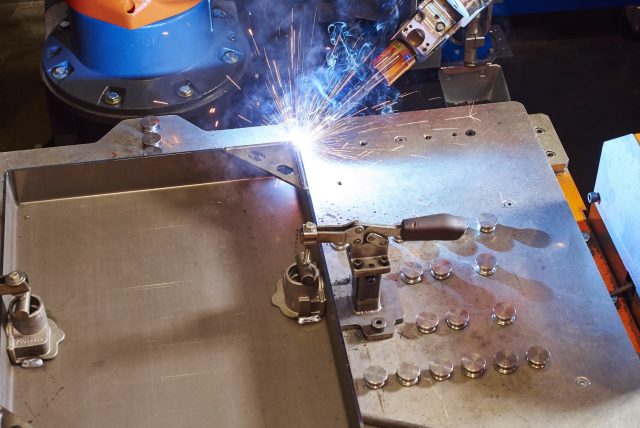 Haiger/Garmisch-Partenkirchen – Langmatz GmbH develops, produces and sales technical system solutions made of plastics and metal for the energy technology, telecommunications and traffic technology industries. To weld the manhole systems for cable distribution two robot systems from Carl Cloos Schweisstechnik GmbH are used. The systems are individually designed for the various product requirements and production processes at Langmatz.

Innovation and first-class products: with these characteristics Langmatz, a mid-sized company situated in Garmisch- Partenkirchen, intends to achieve a high customer loyalty in the future. In this endeavour, sustainability has a high priority. The company has already been awarded many prizes for the environment-friendly and resource-saving use of materials. “In order to meet the high quality requirements of our customers, we place great value on a large vertical range of manufacture and invest continuously,” says Jörg Kühne, Functional Manager for Metal Production at Langmatz. In the last few years the company has invested a total of 8.2 million euros in the various production sectors, of which 2.6 million euros were invested in the metal sector. About 1,200 tons of steel are processed in that sector every year. In order to optimise the production processes in the welding area, Langmatz has commissioned two automated robot systems from CLOOS.

To weld the manhole systems for cable distribution a QIROX QR-CS-30 compact system is used. The standard system for workpieces up to 500 kg consists of a two-station rotary table incl. a turning axis and a counter bearing per station. While the robot is welding the components on one side, loading or unloading is carried out simultaneously on the other station. Robot and positioner are mounted on a common base frame. This guarantees a quick and perfectly adjusted system assembly. The QIROX QRC-350 robot is mounted overhead at a C-frame. The rotating extension arm increases the working range of the robot thus enabling to weld high-volume workpieces and serves for the change between two working stations. Due to the special customer requirements the system was equipped with a third station. Thus Langmatz can react even more flexible to changing production requirements and overall conditions.

The system for welding the manholes consists of two stations and a QIROX QRC-350-E welding robot. The two-station positioner completes the station change with a horizontal turning movement. Each station is equipped with a horizontal turning axis and a counter bearing. The large range of the 7-axis robot simplifies and accelerates the welding of the complex workpieces in addition. The robot is equipped with a tactile gas nozzle sensor and an arc sensor sensor. So the arc is used to simultaneously weld and measure the joint position on the workpiece. This saves time as, at the same time, workpiece distortions, e.g. due to thermal expansion, are directly compensated for.

The system highlight is the combination of stud and arcwelding in a robot system. A torch changing system allows the flexible change between the two processes. “The changing system works perfectly,” Kühne is pleased to say. “The controllers are perfectly matched to each other.”

Already during the planning phase of the robot systems, CLOOS made extensive welding tests with sample components from Langmatz to optimise the processes. “Right from the start CLOOS gave us ideal support and took our ideas into account during planning,” Kühne says. “We achieve optimum welding results with both systems.”

Both production lines process assembly groups with different sizes and plate thicknesses – often in small lot sizes. The intelligent clamping system ensures an absolute production flexibility. Since the workpieces are clamped directly into the jigs, this enables an extremely fast retrofit to other component types. “We were able to significantly reduce the secondary process times in this manner,” Kühne states. “Since implementing the compact system for welding the manhole systems, we have increased our output by an average of 20%.”

“Philosophies are a good match”

In the future, Langmatz plans to expand and modernise the production. CLOOS will remain an important partner. Further projects are the extension of the offline programming and the linkage of the bending automation with the welding technology. “Since we are both medium-sized companies, our philosophies are simply a perfect match,” Kühne emphasises. “From consulting, development and production to training and service CLOOS offers us the relevant technologies from a single source.” 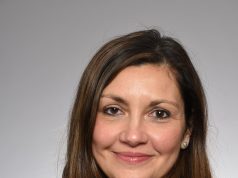 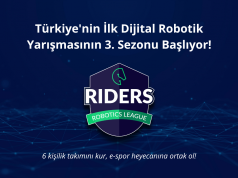 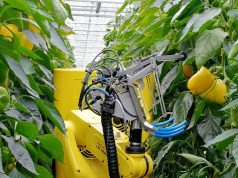