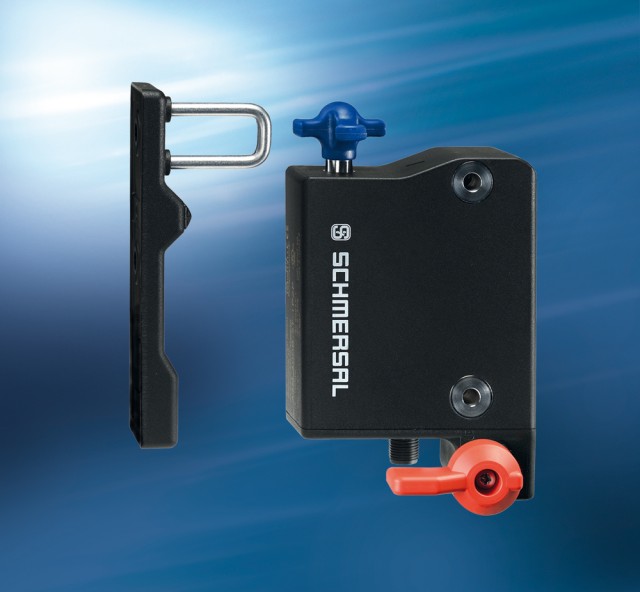 Schmersal presents solenoid interlock with RFID technology at Motek(5-8 November in Stuttgart). AZM 300 is a solenoid interlock whose unique and patented operating principle is based on a rotating shaft and Maltese cross. With it the safety guard is pulled into the end position when closing and is held closed virtually clearance-free. The solenoid interlock operates as an integrated guard catch hence removing the need to fit a separate one. The integrated latching function ensures the guard stays in its closed position and doesn’t open when the interlock is released. This easy-to-adjust latching function means the switch can also be used for large safety guards requiring a large latching force as well as for smaller guards with a correspondingly smaller latching force.

The Maltese cross interlock device allows the interlock to be approached from three directions. Accordingly, one and the same module can be used for hinged guards with left and right hand hinges and for sliding guards. This makes the AZM 300 very flexible.

Moreover the AZM 300 offers a high level of tamper resistance which can be adjusted to the application in question and the likelihood of tampering taking place. It is optionally available with universal re-teachable or individual coding. Thanks to the integration of RFID into the fail-safe sensor technology, the individually coded models are capable of achieving high level coding in accordance with ISO 14119.

The AZM 300’s safety signals can be serially connected to other electronic safety switch gear for safety assessment purposes. The diagnostic signals from SD equipment are also connected in series and converted into a commonly-used fieldbus protocol by a gateway for further processing in a controller. The benefit is much cheaper and less complicated wiring. Extensive accessories facilitate plug-and-play installation, straightforward commissioning and extensive diagnostics. 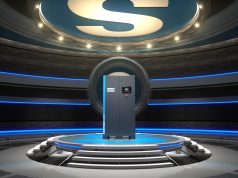 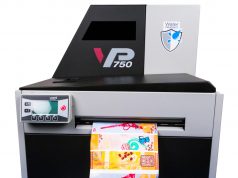 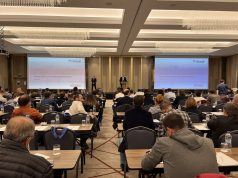