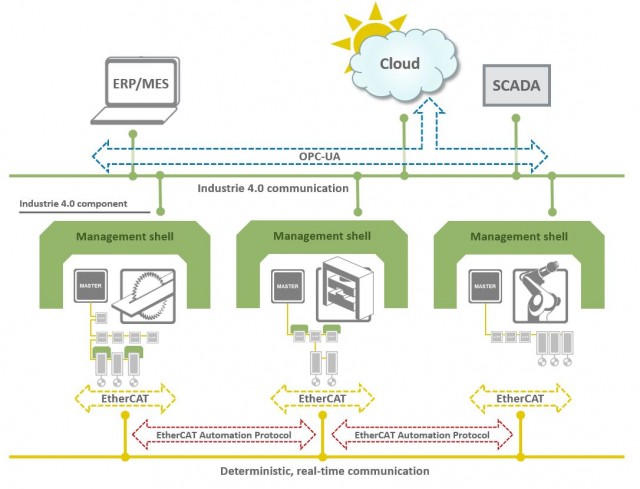 Since the EtherCAT Technology Group (ETG) and the OPC Foundation (OPCF) decided to work together on common interfaces for Industrie 4.0 and IoT, the specification work is in full process. The goal of the cooperation is the consistent communication between EtherCAT and OPC UA.

Industrie 4.0 and IoT demand continuous communication through all layers and levels within the digital factory and into the Cloud. Since the ETG and OPCF announced their cooperation earlier this year, both organizations work on an interface which integrates existing devices and machines into an Industrie 4.0 conformant communication, on the basis of the EtherCAT communication. The report of the Plattform Industrie 4.0, in which the reference architecture proposes an encapsulation of the devices and their networking. The real-time communication information from the EtherCAT networks are made available for the Industrie 4.0 components and Cloud services through the defined mapping on the OPC UA information model. Security measurements protect the encapsulated machine or the single device from non-authorized manipulation.

Specifically, use cases have already been defined and the requirements for an interface specification have been derived. The information available within an EtherCAT network is displayed with an object dictionary. An EAP (EtherCAT Automation Protocol) participant, the EtherCAT master as well as the EtherCAT participant normally have such a dictionary with the configuration information and the actual process data of the components. The mapping of this information, set to the OPC UA information model is defined within the common specification that is currently in progress.

With the implementation of the specification, the information within a component such as a machine or a device from the machine network, is mapped to Industrie 4.0 conformant communication mechanisms and is made available for the component. This enables consistent access to all information, and takes into account security aspects and real-time requirements in the production levels of a plant. 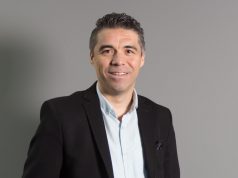 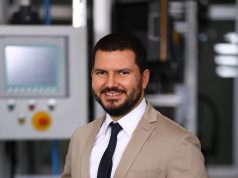 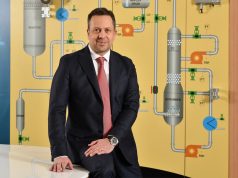