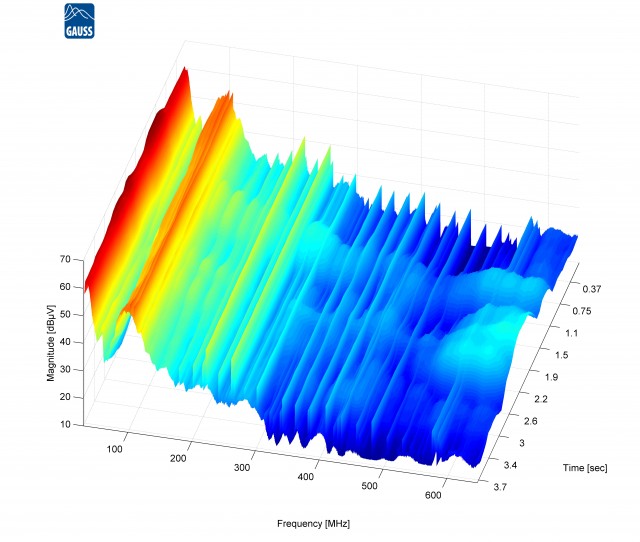 Measurements of radiated emissions in the frequency range up to 1 GHz are performed in a semi-anechoic chamber or on open area test sites (OATS). Such measurements are very time consuming as according to CISPR and FCC Standards the measurements have to be performed at several antenna heights and all angular positions of the device under test. In the past the total test time was reduced by performing pre-scans with peak detector and short dwell times and final maximization carried out at individual frequencies only. During the pre-scan procedure overview measurements are performed to search for the frequencies with maximum emissions. A list of suspicious frequencies (peak list) is generated. Then at these frequencies the final measurement is performed in single frequency mode with longer dwell times.

Using the TDEMI X of Gauss Instruments with a real-time analysis bandwidth of 645 MHz and fully gapless evaluation and visualizing (Option QCDSP-UG, 645M-UG) the final maximization can be performed at all frequencies simultaneously. The worldwide unique feature of the fully gapless real-time spectrogram mode combines all advantages of the single frequency mode of a traditional receiver with the possibility to carry out the measurement at all frequencies simultaneously. Two detectors are applied simultaneously, thus CISPR-Average and Quasi-peak detectors can be measured simultaneously in real-time and stored and visualized in real-time. Fully gapless processing and evaluation of all frequencies is given, which is a mandatory requirement of CISPR 16-1-1 Ed. 3. Fulfilling all the requirements of the CISPR 16-1-1 2007 till the current version of CISPR 16-1-1 entirely, thus the real-time spectrogram mode can be used for final maximization either for product standards that reference older CISPR 16-1-1 versions or also the current version of the CISPR 16-1-1 version that contains the inclusion of the “FFT-based measuring instrument”.

By applying the real-time analysis bandwidth of 645 MHz the measurement is carried out first in the frequency range of 30 MHz – 645 MHz using Quasi-peak and CISPR-Average detectors including maximization at all angular positions and heights. After characterization in the range from 30 MHz – 645 MHz the second full maximization is performed in the range 645 MHz – 1 GHz. Both measurements are combined to the final test report. The final test result contains all the measurements of Quasi-peak and CISPR-Average at all frequencies over all positions as well as the maximum emissions. Now, the overall test time corresponds approximately to the test time of a final maximization carried out at two critical frequencies according to the traditional pre-scan and final maximization procedure which was performed in the past. In Addition the total measurement quality is improved and the measurement uncertainty is reduced performing the measurement in the TDEMI X real-time spectrogram mode.

By this method, e.g. all operation modes of a device under test can be easily measured in a very short total test time. Complicated test procedures resulting in increased measurement uncertainty are past. Fast and reliable testing is of crucial importance to address today’s short time-to-market cycles keeping your product development ahead. It is not necessary anymore to perform pre-scan and final maximization. In addition, evaluation according to the limit lines as well as report generation (Option RG-UG) is performed by the instrument creating a report in MS Word file format which can be integrated into larger documents. Using full automation software such measurements can be also performed fully automated, and radiation patterns and further evaluations can be included to the test report. 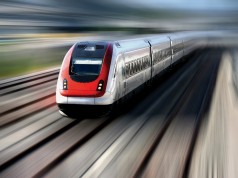 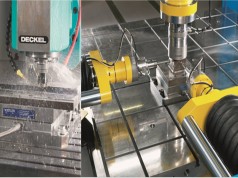